Following on from last week, the contestants should now be in their stride and getting to grips with the challenging brief.  Decorating a room in a style that is not one that you know much about, like, or can relate to, is very confronting.  Coupled with that are all the usual design elements that you need to take into account and bathrooms are very difficult to get right.  The Block Guest Ensuite week for me was interesting as three of the contestants managed to meet the brief fairly well.  However, the two contestants who came last were completely off brief.  I find it a bit frustrating as there is plenty of information available about these styles and the ones who didn't do so well, actually had the easiest of all the eras to interpret – the Art Deco Period.

When researching these styles, so much of the information available is from the United States or Europe but in terms of the Art Deco period there are an abundance of buildings around Australia in this style.  Always remember when you are looking for inspiration for a style for your home to think outside the box and consider what has gone before.  It isn't old fashioned.  There are very few new ideas and the majority of trends that are popular now are interpretations of styles that have come before. 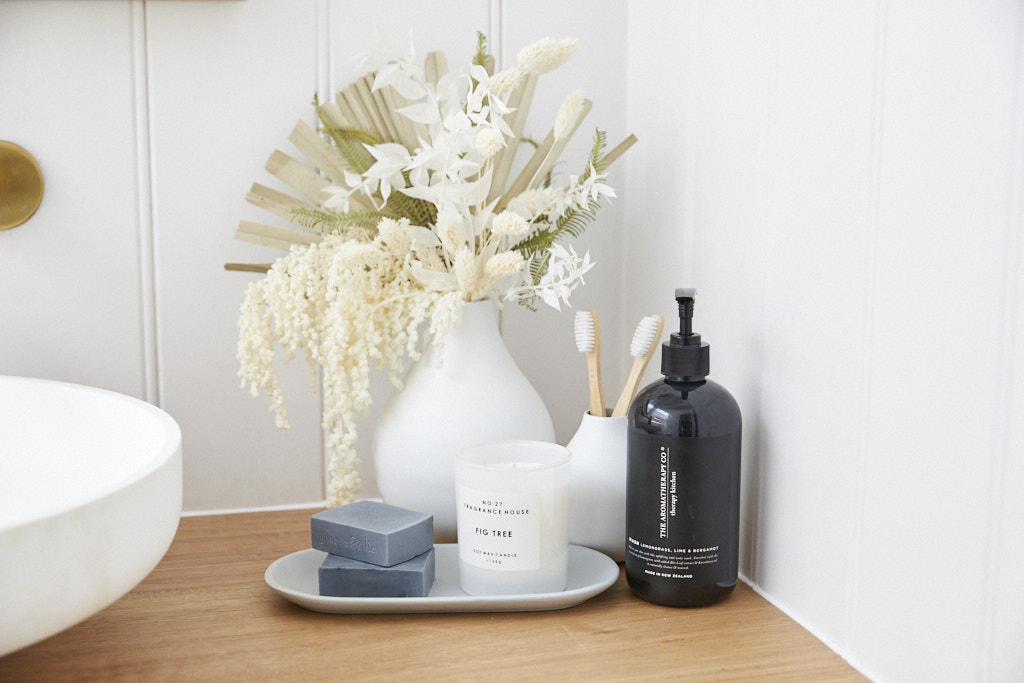 Jimmy and Tam were the winners once again.  I have some images from all the guest ensuite room reveals below together with the judge's comments and my own.

The Brisbane couple were a bit worried when Darren compared their Guest Ensuite bathroom to a public pool, but it was all in a good, sentimental way. Jimmy and Tam nailed everything again this week. The terrazzo tiles and terrazzo stool were perfect, and the colour palette matched their winning bedroom in week one. The green vanity was also a wonderful choice.  They nailed the brief, in their case the 1950s, the best out of anyone this week on The Block.

The 1950s was indeed the era of fresh pastel tones and I do think that Jimmy and Tam pulled this off very well.  It does have a feel of a municipal swimming pool but this was exactly the look of the era.  There was a public craving for colour, fun, modernity and a new look for a new generation.  This ensuite certainly coveys this feeling.  There was a use of wood, glass and stone during this era which have all been incorporated here.

I did get a little perturbed about the different levels of colour and tiles, and for me this has spoiled the overall aesthetic, but generally I do think that Jimmy and Tam did a pretty good job.

After some negative feedback in week one, a relieved Sarah and George had some wonderful feedback from all three judges this week. Their Guest Ensuite bathroom was a perfect mix of the 1940s era mixed with a contemporary feeling. The judges loved the Plush Pink tiles from Beaumont Tiles. The whole colour palette was stunning. They also thought it was a very well thought out bathroom planning wise, in particular the wall that Sarah and George installed to keep the toilet separate from the shower.  A nice touch too, Shaynna loved the fluffy slippers.

Sweetness was the word for post war 1940s interior decorating.  Following the world war there was a gentleness and sentimentality to interior colour schemes and what can be more sentimental than pink?  I feel that the choice of colour by Sarah and George met the brief perfectly.  The 1940s still hung onto some elements of Art Deco style but this really peaked in the late 1920s and 1930s.  There were still elements of black in design although I think that something as heavy as the vanity unit may not have fitted perfectly with the sunny optimism of the post war period.  I do believe though that this has introduced a nice contemporary element to the room which works for the present day.

Judge Darren Palmer visited Luke and Jasmin to give them some tips on what the 1910s era is and it paid off. This was a bathroom that has immediate impact. The judges loved the reeded shower screen and the VJ panelling, which fitted in perfectly with their floor tiles from Beaumont Tiles. Jade’s choice of an oak bathroom cabinet also worked. The basin, the wall sconces and the tap ware were also a hit.  Finally, it looks like Luke and Jasmin now know what it means to build a beautiful, 1910s themed house.

This is by far my favourite ensuite out of the 5 contestants.  The flooring suits the Art Nouveau period perfectly which had organic natural designs as its foundation.  I also love the curved mirror which suits the period too.  However, it's my understanding that reeded glass wasn't popular until the 1950s and therefore although it looks fabulous in this room, I feel it doesn't suit the era.  As the look was one that was based on the natural organic environment, a curved glass showerscreen, which are all the rage at the moment, would have been perfect.

I have to say though that when responding to any brief, as a designer it is good to follow this but offer the client your interpretation of it.  I really like Luke and Jasmin's take on an Art Nouveau ensuite and this would have been my pick for first place.

It was a really tough week for Daniel and Jade after the death of Daniel’s grandfather in South Australia. They had to leave The Block before returning for what they thought was a fantastic bathroom delivery. While the judges thought it was very contemporary, they lost marks as there wasn’t much attention to the 1930s era. They did however like the art deco mirror, but that was probably the only real nod to the 1930s.  Functionally however, it was a very good bathroom. Neale would just like them to focus more on the brief.

Art Deco 1930s bathrooms were all about the subway tile.  Available in every tile outlet this would have been a better choice for this era.  White subway tiles with black moulding and detailing would have been perfect and so easy to achieve.  Daniel and Jade did to some degree achieve the black and white theme, although the timber on the vanity is out of place.  I think that in terms of the brief, these guys had the most straight forward and easy to achieve of all the bathrooms this week and it should have been relatively easy.

The Victorian father and daughter had a great first week with the judges but not so much in week two on The Block. They had the smallest bathroom on The Block but there were lots of issues for the judges. While all the tiles from Beaumont Tiles are nice on their own, all matched they did not work. Shaynna in particular thought the floor tiles did not fit the 1920s brief.  Neale did like the basin and the curved edges of the bathroom cabinet. However overall, he didn’t think they nailed the brief.  The bathroom also needed underfloor heating considering this is a luxury house in Brighton.

The 1920s was when the elegant Art Deco era was in full swing.  Again, as with Daniel and Jade, an upmarket black and white themed bathroom would have been perfect.   White tiles with black grout and black vanities with gold detailing were all in vogue.  The Art Deco period of the 1920s and 1930s was the most straight forward of all the briefs.  A simple google search could have saved them a lot of heartache. 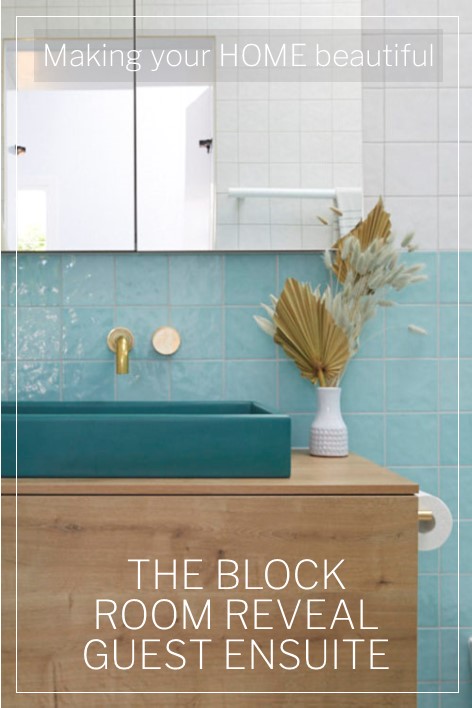 I would love to hear your comments on The Block Guest Ensuite week.

Did you know that you can buy many of the products featured in the show at The Block Shop?  All details are here.  More information about The Block 2020 can be found at Nine Now

If you missed week 1 of The Block Room Reveal, you can see it here. 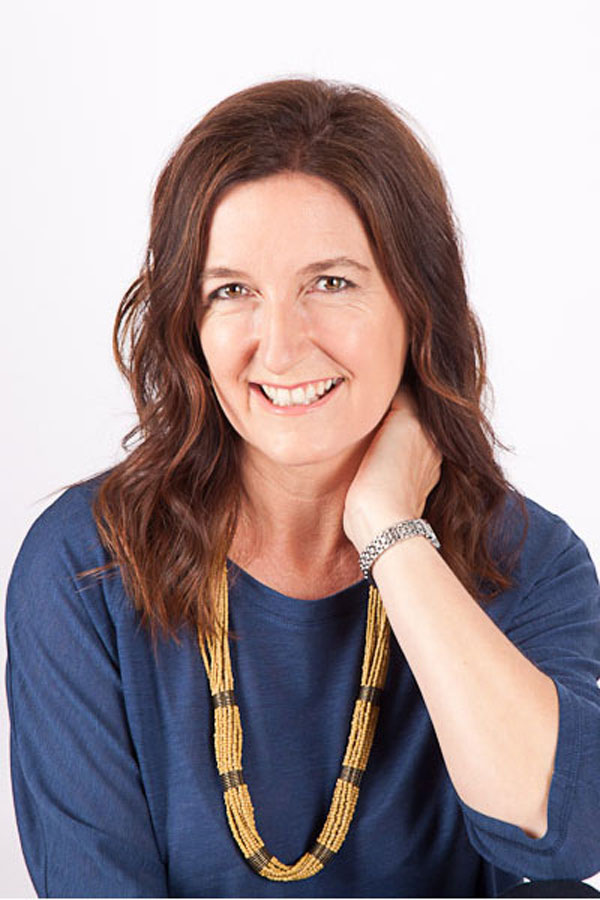 Welcome to Making your HOME Beautiful. I’m Samantha, a colour professional and designer. My posts offer expert advice on exteriors, interiors, styles and trends to help you achieve a look that you will love for your home.

Find what you’re looking for
Don’t miss a post 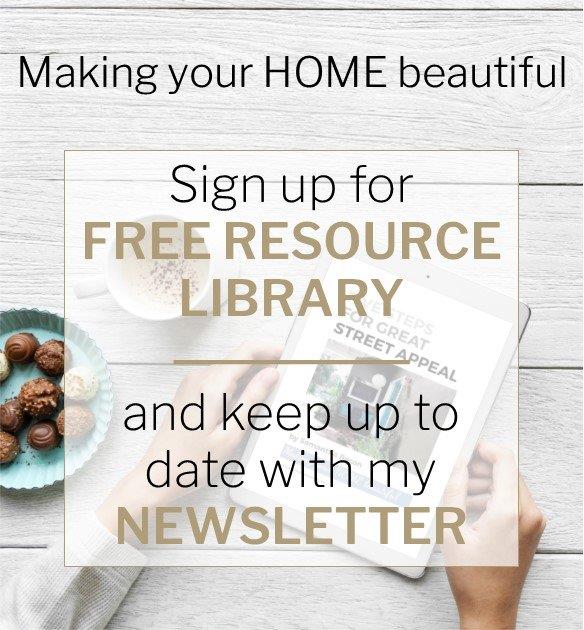